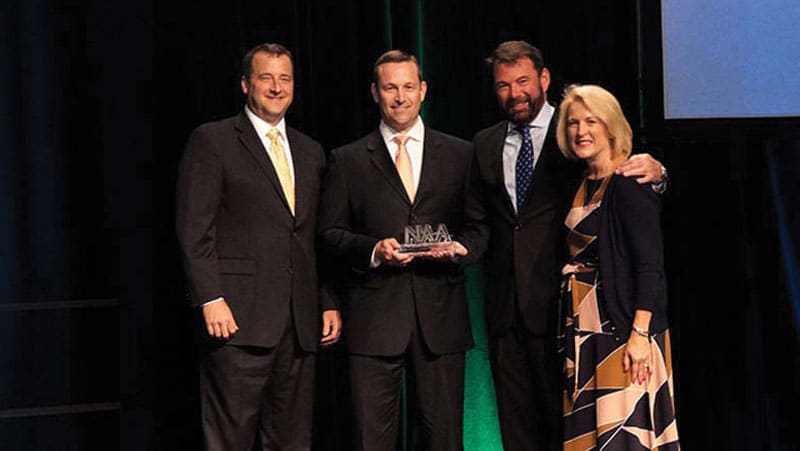 NJAA’s Executive Director, David Brogan, was named Association Executive of the Year by NAA. Of over 170 local affiliates across the nation, Mr. Brogan was selected as the national winner due to his leadership, strategic vision and accomplishments over the last year. Mr. Brogan was nominated by NJAA’s president, Lynne Aber. The nomination also included letters of support from leading business trade groups, legislators and colleagues.

In addition to the As A sociation Executive of the Year Award, NJAA was recognized by the NAA for its advocacy on behalf of the multifamily industry. NJAA received the Excellence Award for Government Affairs. Specifically, NJAA distinguished itself for its ability to lead coalitions of business and industry organizations toward a shared advocacy goal and achieve legislative and regulatory successes with efficiency and innovation.

Earlier this year, NJAA also received a Communicator Award of Distinction from the Academy of Interactive and Visual Arts for the September/October 2016 New Construction and Renovation issue of Apartment Industry Magazine. The Communicator Awards contest is the largest and most competitive awards program honoring creative excellence in communications in the nation. NJAA’s Apartment Industry Magazine also received a 2017 Award of Excellence from the Apex Awards for Publication Excellence contest.