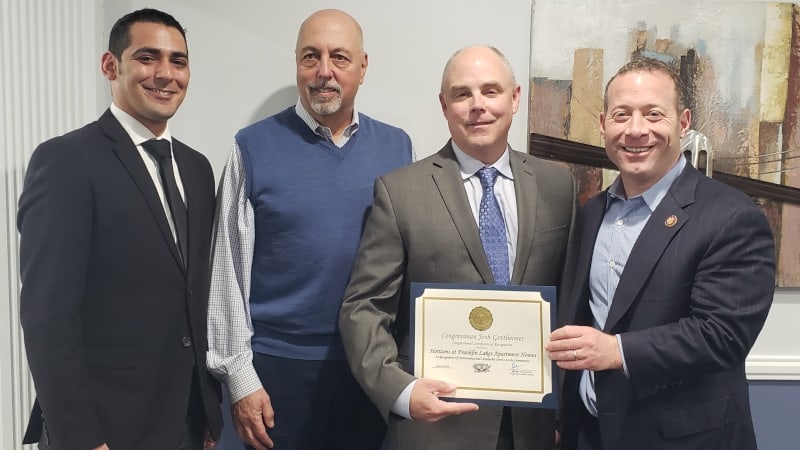 The tour offered Congressman Gottheimer the chance to gain a more thorough understanding of the challenges faced every day in the multifamily industry. The tour also presented an opportunity for a dialogue on key federal, state, and local issues. NJAA thanked the Congressman for his leadership on legislation reauthorizing and reforming the National Flood Insurance Program (NFIP) and also discussed the importance of key infrastructure projects to our residents and our industry.

“It’s important for our community to have a variety of housing options, especially active adult and senior housing, like the one I toured with NJAA,” said Congressman Gottheimer.

In January, Congressman Gottheimer began his second term representing the Fifth Congressional District which encompasses 79 municipalities in Bergen, Passaic, Warren and Sussex Counties. Representative Gottheimer is the co-chair of the bipartisan Problem Solvers Caucus, which is a group of 24 Democrats and 24 Republicans who work to find consensus on key issues in Congress.