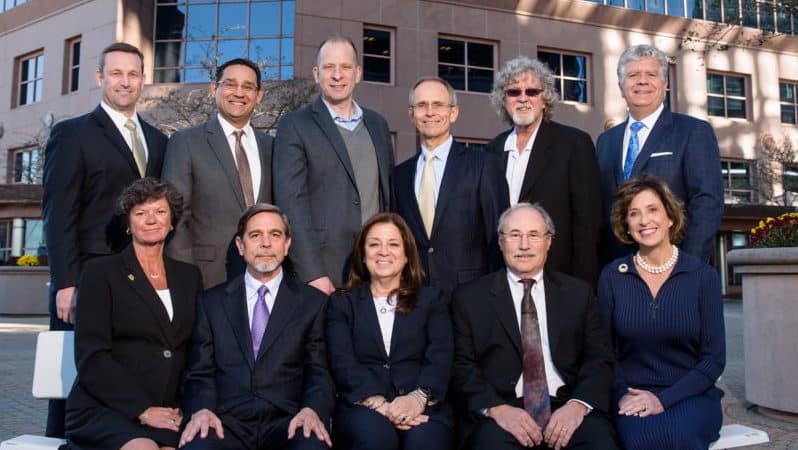 NJAA members are key players in the creation of the Smart Growth and Economic Development Coalition’s blueprint for success featured in RE-NJ Magazine.  The New Jersey Smart Growth and Economic Development Coalition, chaired by NJAA member Ted Zangari of Sills Cummis and Gross P.C., along with NJAA members George Jacobs of Jacobs Enterprises Inc., Stephen Santola of Woodmont Properties, Anthony Pizzutillo of Pizzutillo Public Affairs LLC and NJAA Executive Director David Brogan, among others, laid out a series of policy initiatives focusing on economic development and job creation in a blueprint featured in RE-NJ Magazine.  The Coalition is made up of industry experts and key association executives; and the suggested policy initiatives provide ideas for the incoming governor and the Legislature.

Of key importance to the NJAA are policy initiatives that maintain and promote the multifamily housing industry, including both market rate and affordable housing, as well as job creation, incentives and the impact that both regulations and mandates have on our industry.

“The fact of the matter is we will never meet the demand for affordable housing without a commitment from this next administration to make it a priority and to create funding sources,” said David Brogan, executive director of the New Jersey Apartment Association. “So as long as they do that, then there’s an opportunity for us to meet that demand and to hit that mark.”  — RE-NJ December 2017 Magazine

As the premier trade association representing the multifamily industry in New Jersey, we’re thrilled to continue lifting the profile of the Association with elected officials and the media. We’ll be sure to keep you updated as the coalition continues to work in Trenton.

Read on to view the full December 2017 edition of RE-NJ!